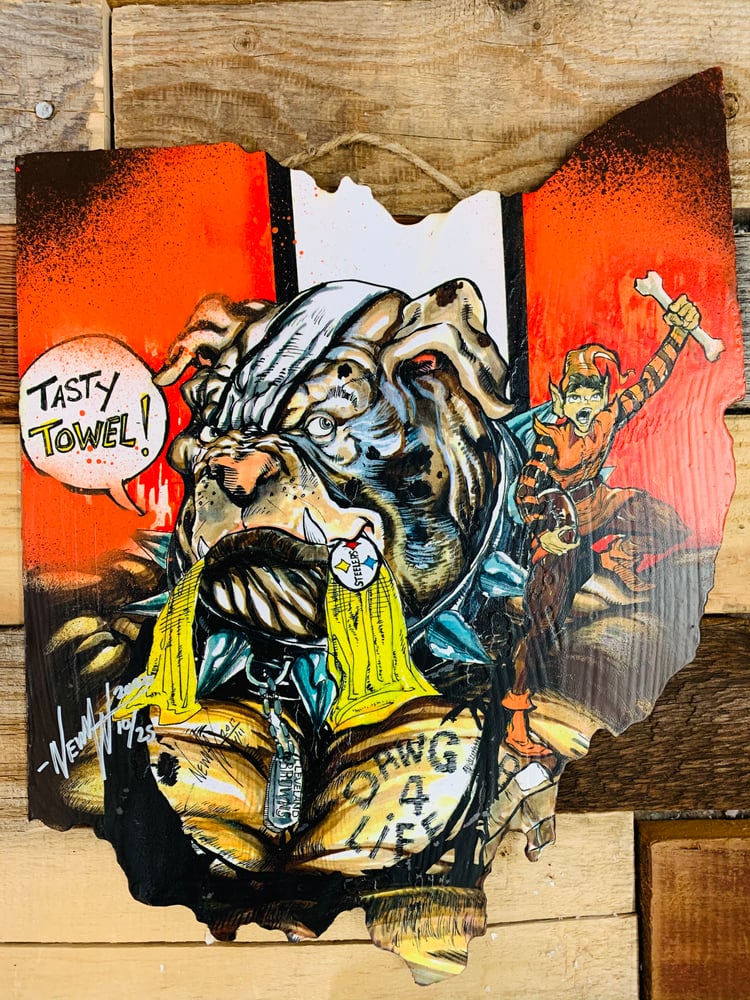 It’s been nearly a quarter century since the die hard Cleveland Browns fan base had something worth cheering for. Now 2020 has put them on track for their first winning season in a generation and potentially fighting for the AFC North title and a playoff spot! This image celebrates the Browns coming up and dining on their arch rivals the Pittsburgh Steelers and their terrible towel. Go Browns! Image illustrated in Pen and Ink , Dyes and Acrylics on a 12”x15” wooden cut of Ohio.Art signed and numbered by Audwynn Newman.